With the station decorated in the green and black of the rowing club colours, visitors to the station were encouraged to get involved with the event. Sponsored by Forever Fitter many an interested traveller guessed how far the club would manage to row in the 24 hours, with some estimates getting very close to the impressive final distance of 342.5km. Additionally in a bid to win an in-car DVD player those who were feeling energetic stepped up to the 250m Arnold Clark challenge to set the fastest time on the rowing machine. With great interest and some brilliant times in the competition the club hope to see keen rowers get into the sport at Milton Keynes Rowing Club. 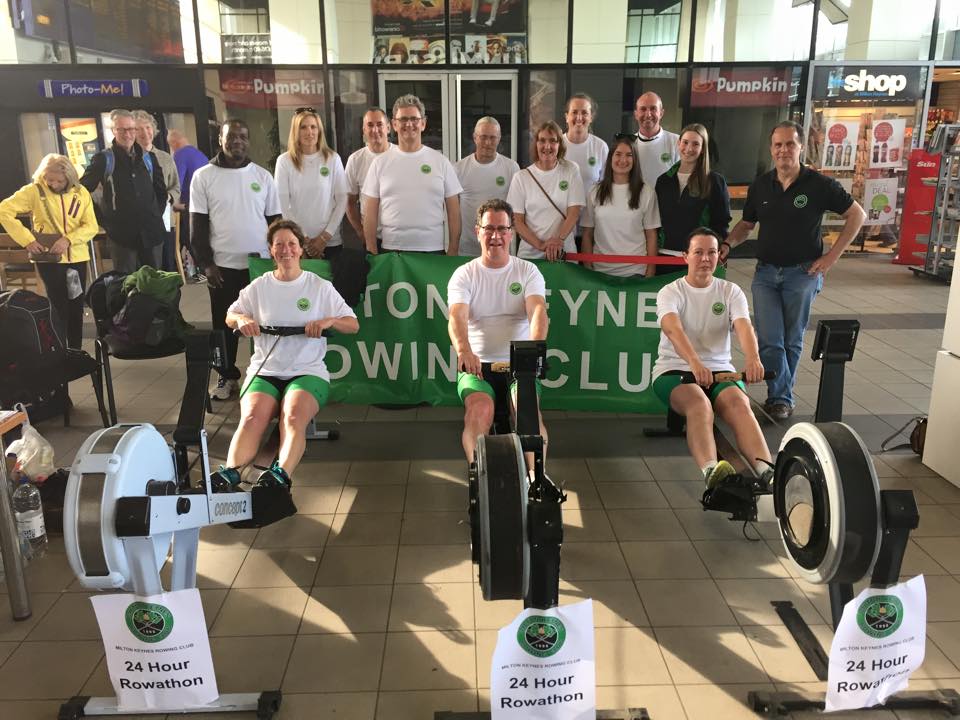 Lucy Millett who took part in the event said “It was a buzzing atmosphere and a brilliant event. I was overwhelmed by the interest and support from the public, which really helped us get through the 24 hours of hard work. It also showed how dedicated the club is, with many members giving their time to support those rowing all through the night”.

The Publicity and Fundraising officer for the club, Louisa Briar, was ecstatic with the success of the 24 Hour Rowathon, saying “We had fantastic support from everyone and have raised much needed funds for our new boat. Much of the success is due to the support and kindness of Milton Keynes Train Station for letting us use their space and our sponsors IrisGuard, Forever Fitter and Arnold Clark”.

If you spotted the MK Rowers at the station or would like to show your support for the 24 Hour Rowathon there’s still time to donate at our Localgiving site.

MiltonKeynesRC @MiltonKeynesRC
Brilliant race from the Women's eight, winning their category and the fastest Women's crew of the day https://t.co/SUuCVy9fn3