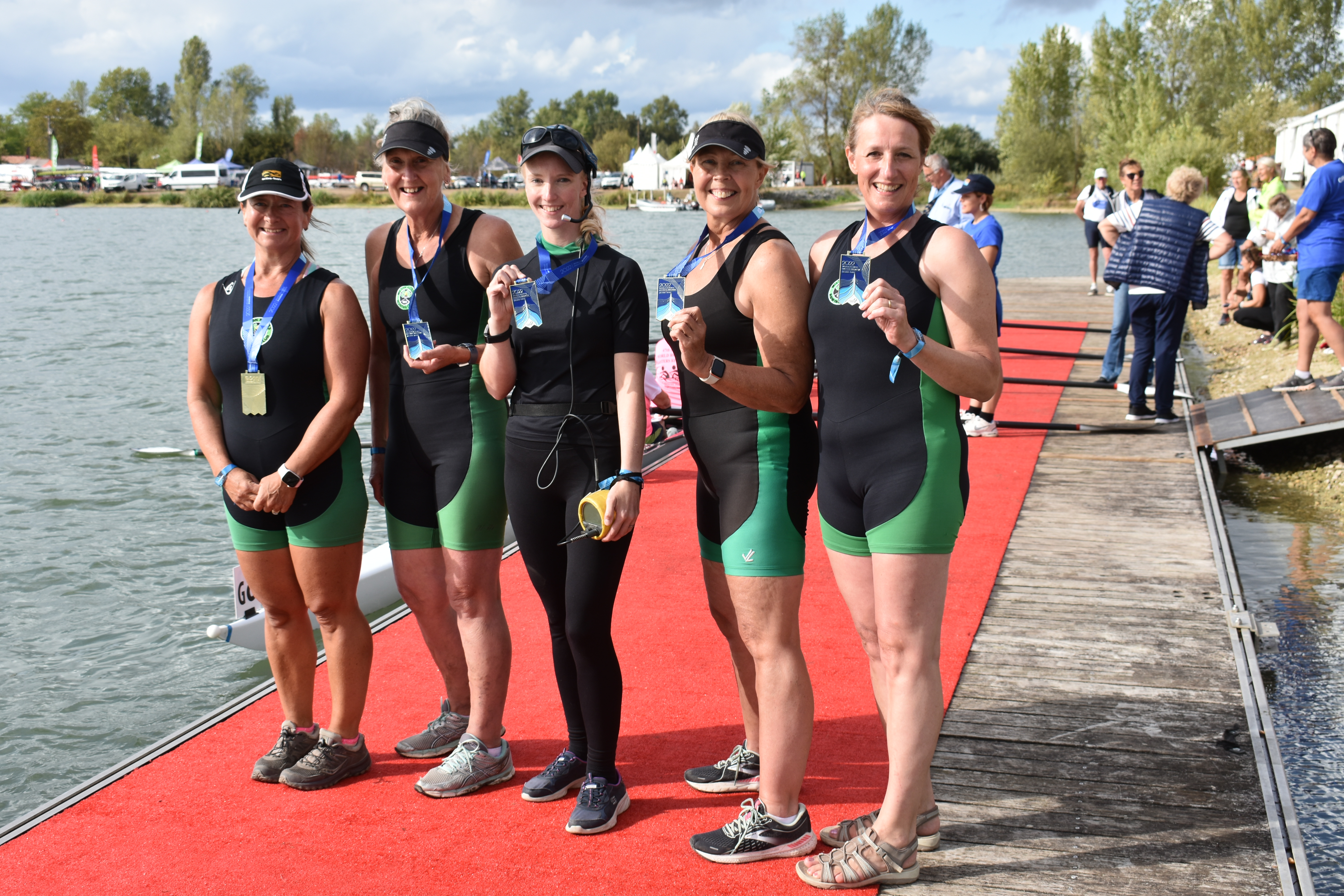 Each year, the club presents awards in several categories to members who have made outstanding achievmenets during the year. These are the winners of this year's awards

Izzy first joined us at 16 for circuits/ergs and had to wait a long time for the LTR courses to restart after the Covid Lockdowns to get on the water. She learnt quickly and is now proficient in sweep/sculling and coxing. She went away to Exeter Uni this year but has returned to train and compete with us back in MK throughout the season. She also competed in the Time Trials at HWR for her Uni Club in the Aspirational Lightweight 1x gaining valuable experience for next year.

Oarsman of the Year - Malcolm Haynes

After learning to row and scull at the age of 70 Malcolm continued to amaze us all by competing at the Scullers Head on the Tideway last September. This 7km race on the Thames is demanding enough in an 8+ or 4+ but to complete it in a 1x takes incredible determination and resilience. These are the qualities that I believe makes Malcolm the well deserved winner of Oarsman of the Year for 2022

After some consideration this award goes to the Team who represented the Club so well at the prestigious World Rowing Masters Regatta in Libourne. France achieving some solid performances and great times in all their 4 races against the best Masters athletes in the world.

The Gold Medal in the F4+ was the icing on the cake - a celebration of the commitment to all the training over many months throughout the year.

A last minute injury meant there had to be some changes to the final line-up to that 4+ but the medal was won by all those who erged, rowed, cycled, ran, swam and did weights and circuits - who encouraged and supported each other throughout the year.

Because that's what teamwork means.

The award goes to -

Well done to all the winners and looking forward to next season !